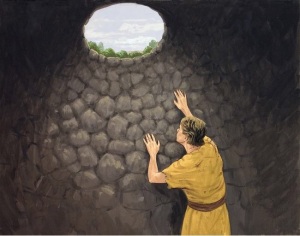 I am sitting in a coffee shop down the road from the specialists after my appointment – a safe haven from the cold and leaving the doctors feeling like I was going to cry.

I’ve never been one to put blind faith into doctors.  I respect their training and educated guesses but I’ve always questioned where I felt I had to, whether it be my own illness or when the doctors recommended Dads’ life support be turned off.  I put aside the feeling of hating them personally for suggesting it, and asked all the questions I needed the answers to.

I went hoping to find some answers today and I suppose I did, but I didn’t find any solutions or paths other than the one I’m on.

Both my GP and the rheumatologist missed it.  I found it in the blood tests and the specialist agreed.  I’ve had both Parovirus B19 and Glandular Fever at the same time. And neither of them are Ross River Virus which I was initially diagnosed with.

I guess there is absolutely nothing to be gained from feeling bad about it because it makes no fucking difference!  Well ok at this point I think it makes none, but I have resolved to find out more.  Now I can bring in a naturopath and maybe get some extra advice.  The specialist is sending me for various nutritional blood tests to see if there are any deficits we can improve that will help fight the battle.  So I’ll get up early tomorrow and trek into the city on no breakfast because that’s the only place they test vitamin C levels and I’ll do it because I want to be better.  I despise the limitations placed on me for the last 6 months and I can’t wait to get better.  I’ve never really been a person to say ‘I can’t wait’ because I try to stay in the moment but I really get that feeling now.  I can’t wait.  I don’t know how to make the best of this while I’m waiting.  This constant fatigue that the doctor agrees doesn’t get better with rest.

All I’m left with is frustration, disappointment and more of the same to expect.  It’s enough to make someone lose their sense of humour.

Cut down in my prime by two stupid diseases, one that no-one has heard of but thinks you get from dogs.  More dealing with disbelief, more explaining, more people suggesting kelp/kombucha/kale soup diets, more career frustration and less time with my daughter.

This is the pits.

One thought on “Answers and Frustration”